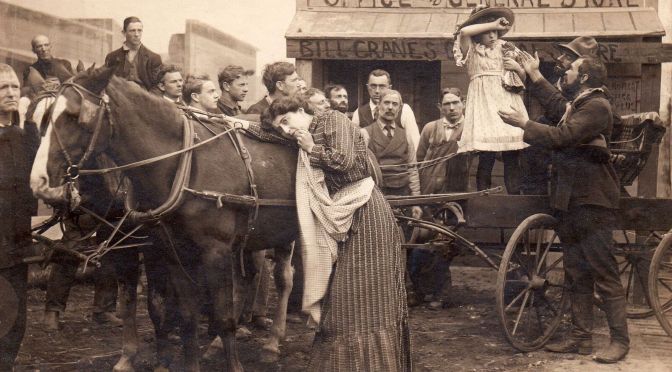 Before Hollywood became the heart of the American film industry, New Jersey was studio city. About 20 miles from West Orange, where Thomas Edison’s famous Black Maria swiveled to catch the light in the 1890s, the town of Fort Lee became the site of DW Griffith’s acting debut in 1908, and the birth of movie mammoths now known as Universal, MGM and 20Th Century Fox.

Now, to best understand the history of Fort Lee, and its importance to the US film business, you should read Richard Koszarski’s 2005 book Fort Lee: The Film Town. This DVD set from Milestone, The Champion: A story of American’s first film town, could work either as a companion to that volume, or as the best kind of introduction to the subject. Whatever you have or haven’t read, this set represents an exceptionally entertaining way to potter around movie history for three hours. 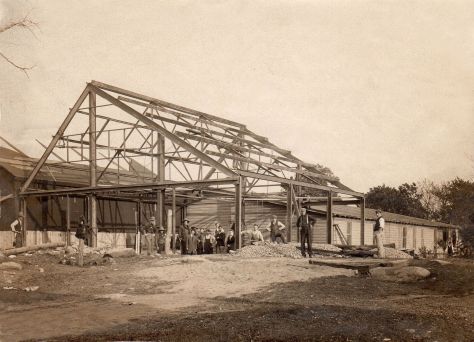 Across two discs, the set includes a smart new documentary produced by the Fort Lee Film Commission and based on Koszarski’s work, which shares its title with the set. This provides an overview of how Fort Lee grew, fostering the talents of countless silent film stars, directors and producers – and how it came to be overshadowed by that other film colony, nestled among the orange groves on a distant coast. The first studio to start shooting in Fort Lee was the now largely forgotten Champion outfit, founded by Mark Dintenfass in 1909, which shot copious Westerns and Civil War yarns. Where Champion led, others followed: Solax, William Fox, Metro, Goldwyn … In 1912, the Champion buildings were bought by an upstart company going under the name Universal.

Accompanying the documentary are hours of archive footage. These are the films of Fort Lee – offering a glimpse of the kind of movies made there, yes, but also a tour of many of yer actual New Jersey locations. The five extant movies made by Champion are all here, included Native American drama The Indian Land Grab (1910) and a couple of sprightly Florence Lawrence vehicles. 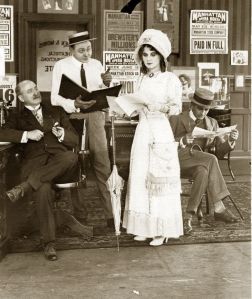 Beyond Champion productions, there’s an early Keystone comedy here too: the one-reeler A Grocery Clerk’s Romance (1912), directed by Mack Sennett. The Danger Game is a Goldwyn Pictures feature, a suffrrage comedy , which runs 61 minutes, directed by Harry Pollard and starring Madge Kennedy as a deluded novelist. One especially exciting find is a 1912 version of Robin Hood, starring Robert Frazer as the lovable outlaw. French company Éclair established the first permanent studio in Fort Lee in 1911 and used it as a base to break into the American market. All the silent movies in the set have newly recorded music by Donald Sosin, Ben Model, or the Mont Also Motion Picture Orchestra.

The most unusual archive film here is 1935’s Ghost Town: the Story of Fort Lee, a early, rough draft of film history. This silent film by local historian Theodore Huff, this film examines the ruins of Fort Lee’s abandoned studios, the reels heaped in the dust, and the broken, rusting equipment, implying darkly that the downfall of Fort Lee is an omen for America as a whole. 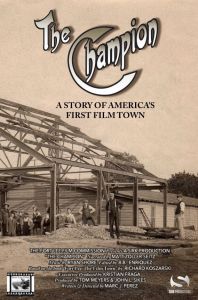 One thought on “The Champion review: hooray for Fort Lee”