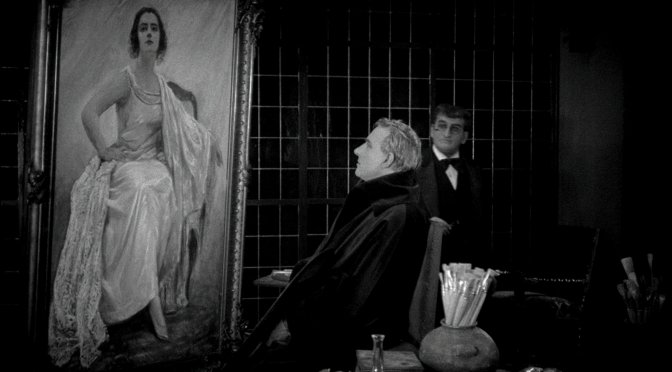 One of the strands running through Carl Th Dreyer’s beautiful drama Michael (1924) is the idea that art can only be truly great when it is animated by love. The artist protagonist Claude Zoret (Benjamin Christensen) struggles to finish a commissioned portrait of a rich countess – his passion project takes his young protégée Michael (a youthful, handsome Walter Slezak) as its model instead. When Michael finishes the portrait for his master, the quality of his work betrays the fact that his own affection has been transferred to the model.

The film’s famous line, “Now I may die content, for I have seen great love” carries this lesson over to the art of living itself. Better to have loved and lost, as the saying goes. It’s a conclusion that recalls the moving speech that caps off last year’s Call Me by Your Name. Far less explicitly than that film, Michael also takes gay love as its subject – a topic dealt with more openly in certain German films of the era (Sex in Chains, Different from the Others). It’s unmistakably a gay story, seen in the 21st century. Perhaps in 1924, some members of the audience might have missed it – although not in the US, where the film was released as The Invert, and not if they were familiar with the author of the film’s source novel Herman Bang, a gay writer who wrote heartfelt stories, largely, it seems, about lonely and unfulfilled women. 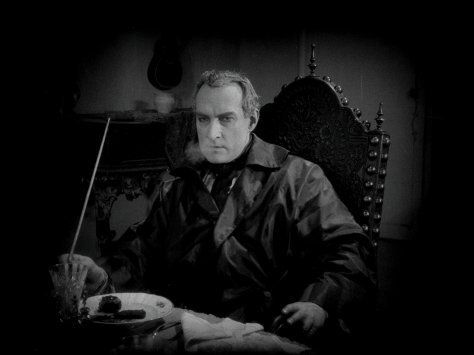 Here, the story is all in the eyelines, as Dreyer carefully reveals telling closeups of his leading players – drops of pure emotion in the opulent setting of his luxe interiors. The art direction was the only film work ever taken by famed architect Hugo Häring, and this is a particularly palatial kammerspiel, with beautiful, sensitive, moneyed men and women sharing significant glances in front of expensive backdrops and meaningful works of art. As in Dreyer’s later masterpiece The Passion of Joan of Arc, there’s a whole world in the close-ups alone.

How could it not be a wonderful film, with Dreyer directing, and two other estimable filmmakers in the cast? Christensen himself, who is so heartbreaking as Claude, was the director of films including Haxan, and cinematographer not only shot most of Michael, before leaving to work on Murnau’s The Last Laugh, but plays the comic role of Claude’s art dealer too. Austrian Slezak too, best known as a character actor later in life, gives a subtle and passionate performance in the title role.

Masters of Cinema has released this gorgeous landmark film on a beautifully presented Blu-ray. The 2K transfer here reveals impressive detail in the decor and those fascinating faces both, and the film is accompanied by an intriguing score composed by Pierre Oser for piano, clarinet and cello, which is constantly alert to the fragile threads holding these characters together. Extras on the disc comprise an audio interview with Dreyer from 1965, an invaluable full-length audio commentary from Casper Tybjerg and another of David Cairns’s excellent video essays. The collector’s booklet features the original Danish programme, a new essay from Philip Kemp and a reprint of Nick Wrigley’s essay from the 2004 DVD release and classic criticism from Tom Milne (‘The World Inside, 1971) and Jean Renoir (‘Dreyer’s Sin’, 1968).