We’re back! For the third year running, I will be presenting a series of screenings  at the West London Trades Union Club in Acton, London W3. Silent film fans of west London, come one, come all. And if you’re new to silent movies, you should definitely pop us in your diary: the autumn/winter collection for 2013 contains some stone-cold classics.

The Trades club on Acton High Street offers well-kept, reasonably priced ale and friendly conversation between left-leaning movie fans too. We show films on Saturday afternoons at 4pm, with no entrance charge, a short introduction courtesy of your favourite London-based silent movie blogger* and generally a good free-for-all chinwag afterwards.

This year’s lineup includes a jaw-dropping tale of British exploration, a high-tension thriller, an Expressionist masterpiece and the divine Clara Bow. Interested?

You’ve seen films about Scott of the Antarctic before – but not like this one. Herbert Ponting took his camera (almost) every step of the way on Scott’s final, fatal expedition. It’s an intimate portrait of Scott’s team at work, and a staggering vision of the unspoiled Antarctic landscape. All this, plus a gleaming restoration from the BFI and an unforgettable score by Simon Fisher Turner, incorporating some surprising found sounds. And penguins. Watch this now as the perfect preparation for viewing the BFI’s new restoration of The Epic of Everest in October.
14 September, 4pm

Did you see Underground when it was released earlier this year? That is just one of Anthony Asquith’s two great silent thrillers. A Cottage on Dartmoor is darker, edgier, artier and altogether murkier than Underground – it’s all about jealousy, frustration and razor blades. There’s even a subplot about the coming of sound. Horrific. A Cottage on Dartmoor deserves to be seen on the big screen, and will be shown at the WLTUC with Stephen Horne’s fantastic score too.
26 October 2013, 4pm 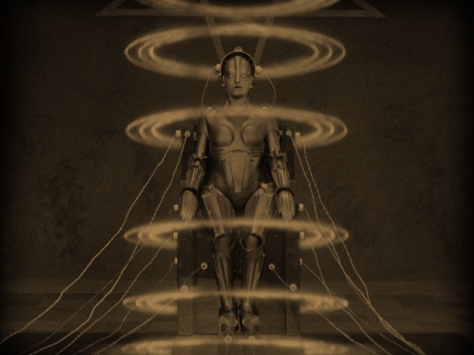 You may think you’ve seen Metropolis, but think again. If you haven’t seen the new version of Metropolis with rediscovered footage, you haven’t seen it at all. No WLTUC screening of Lang’s sci-fi masterpiece would be complete without a discussion of the labour politics at the heart of the film, it’s true. But equally, you can gaze upon the gothic futurist splendour of it all – and remind yourself where all those other, more recent, sic-fi movies stole all their best ideas.
16 November 2013, 4pm

Clara Bow, Elinor Glyn declared, had ‘it’. And you don’t need me to explain what ‘it’ is do you? In the greatest flapper movie of them all, Bow plays a determined, perky working-class girl in pursuit of her dream guy.  A delicious pre-Christmas treat, It will immerse you in the bustle and swing of 1920s New York, and remind you why Bow is still such a revered fashion icon. Watch out for a cameo by Glyn, and an early appearance by Gary Cooper, whom many say was the great love of Bow’s tragic life.
14 December 2013, 4pm

You don’t have to be a member of the club, or even of a trade union, to turn up and receive a warm welcome – and you will find the venue at 33 Acton High Street, London W3 6ND. It’s about five minutes walk from Acton Central train station, and on plenty of bus routes. Visit the club’s website here, or join the Facebook group.