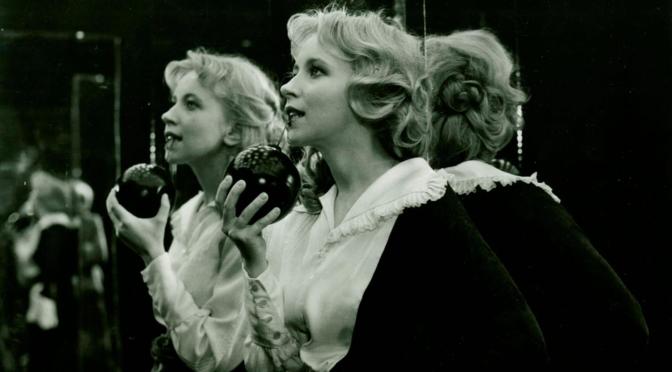 This film, My 20th Century (1989), is a very special and intriguing piece. For my money, it is the perfect film to see at this festival. It may be only 29 years old, so it barely qualifies as vintage, but it is not shown as much as it should be – so it is ripe to be rediscovered. And it has as much in common with the cinema of a hundred or more years ago as it does with modern work, so it sits well in a festival devoted to film history.

It’s a fact, also, that Ildiko Enyedi fits perfectly with the name of this strand of the festival: Women on the Periphery. Hungarian director Enyedi was born in 1955 and has forged a thoroughly independent career. She studied philosophy at university, but quit because she considered the course to be badly taught. Then she went to the Budapest Film Academy and managed to complete the course, despite considering leaving because she felt that “some of those in power were lazy thinkers”. She became a visual artist and joined the Bela Belazs studio in Budapest 1979 – this is the place that produced works by such Hungarian notables as Béla Tarr. Enyedi made several short films, but My Twentieth Century was her first feature, and it won the Camera d’Or at the 1989 Cannes Film Festival, the prize for the best debut feature showing in competition.

In the intervening decades, Enyedi has made five more feature films, including On Body and Soul, her acclaimed 2017 film that is still available to stream on Mubi. That was her first feature film in 17 years, though, during which time she has also been teaching and working as a TV director.

She has said that, after she made My 20th Century: “I was very much resistant to choose anything as a profession. I worked on the borders of culture and mainstream filmmaking because it’s very expensive, and so it was somehow no-go territory.” Despite her obvious talent for the medium, Enyedi’s film career has in many ways been defined by being on the periphery of the industry. While it has been difficult for her to get financing together for a film, that also means, once that hurdle has been cleared, that she has a certain creative freedom to make films as strange and beautiful as this one. That’s one benefit of being on the periphery.

The star of this film is Dorota Segda, a highly regarded Polish actress (also known as the voice of Bellatrix Lestrange in the Harry Potter films when they are dubbed in Polish). In this film she plays three roles: twins Dóra and Lili, as well as their mother. The girls are born on one starry night in Budapest, in 1880, at the precise moment that across the Atlantic in New Jersey, Thomas Edison is demonstrating his miraculous new lightbulb. The twins are swiftly orphaned then separated in infancy. Their subsequent lives follow divergent paths across Europe in the 20th century.

The women almost meet as the century begins, at the end of their own teens, when they are both travelling on the Orient Express, poised between eastern and western Europe. Dóra has become a sexual adventuress making herself a comfortable living in the company of rich, handsome men. Lili is a bomb-tossing revolutionary activist and feminist, who has jumped the train to carry out a mission. They may not meet at this point they are about to fall in love with the same man, Z (played by Oleg Yankovsky, star of such classics as Tarkovsky’s The Mirror). Segda does some quite astonishing work in this double role, which is vastly important to the success of the film. It’s a true beauty too, masterfully edited by Maria Rigo and unforgettably photographed by Tibor Máthé. The opening scenes almost invite us to gaze in awe at the quality of crisp white light and velvet darkness in the film – there’s no reason that you should stop gazing as it continues. 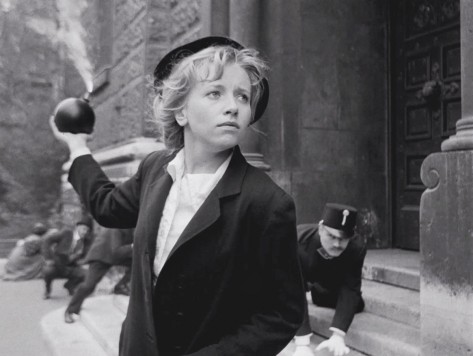 Thomas Edison of course, was a pioneer, albeit a controversial one, in the film industry as well as in the matter of electric light and telecommunications. And My 20th Century is a cinephile film that plunders the silent era for tropes and imagery, entwining the history of these two girls, with the history of cinema itself. Silent cinema buffs will enjoy the fact that Enyedi’s film incorporates many aspects of early film style, from its square aspect ratio and high-contrast black-and-white cinematography, to props such as black spherical bombs with a fizzing wick and the girls’ names, which recall those of the Gish sisters, Lillian and Dorothy. There is even a snippet of the 1926 Charley Bowers film Now You Tell One to be seen in the opening sequence and the film’s conclusion borrows from the hall-of-mirrors climax of Chaplin’s The Circus. Elsewhere, the medium of film itself is rendered surreal as films are rear-projected into frames on a gallery wall, or a laboratory dog takes part in an experiment that recalls Stanley Kubrick’s A Clockwork Orange.

The cinema is just one of the 20th-century ideas that illuminate this film – from politics through to science, technology and transport. Enyedi’s film has the capacity to make ideas and inventions that are now familiar seem new again, to imbue them with the sense of wonder and magic that they once held. This fascinating film is a fiction, a kind of fairytale filled with coincidences, chance encounters, biblical references and many, many animals, but at the same time it is also a magic-realist, feminist history of a century of change, innovation and also terrible atrocities.