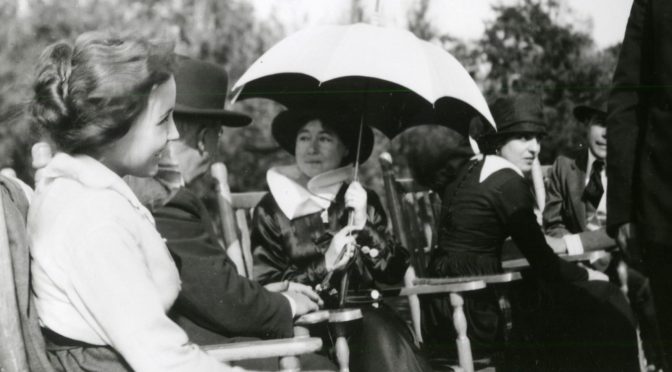 This is a guest post for Silent London by filmmaker Alex Barrett (London Symphony, Life Just Is).

Although the subtitle of Pamela B Green’s new documentary might be something of a misnomer given the publication of a number of books on the same subject, notably  Alice Guy Blaché: Cinema Pioneer, edited by Joan Simons, there’s no denying that Guy-Blaché remains a marginalised figure in cinema history. The first female filmmaker, and one of the first directors of either sex to tell a fictional narrative on film, Guy-Blaché has never quite gained the fame of, say, Louis Feuillade, whose career she helped launch. Straining to prove this point, Green pulls in a large raft of famous faces, including the likes of Catherine Hardwicke, Patty Jenkins and Peter Bogdanovich, to declare they’ve never heard of her. It’s a saddening state of affairs, and one that the film seeks to interrogate: how could a figure who played such an important part in the birth of cinema become so forgotten?

Using flashy animation, a voiceover narration by Jodie Foster, and a plenitude of interviews, including some with Guy-Blaché herself, Green presents an overview of Alice’s life: from her early work as secretary to Léon Gaumont, through to the first films she made for Gaumont’s fledgling company, her marriage to Herbert Blaché and their emigration to the United States, the formation of Guy-Blaché’s Solax Company (then the largest film studio in America), and the eventual dissolution of Solax and her marriage. END_OF_DOCUMENT_TOKEN_TO_BE_REPLACED

Happy London Film Festival programme launch day! The festival runs 10-21 October this year and there are oodles of films showing, from the competition titles and the galas to the weird and wonderful pieces in the experimental and short categories. Yadda, yadda, yadda. Let’s cut to the chase. We have no time here for talkies. What does the 62nd London Film Festival have to offer in the way of silent cinema? Plenty. More than usual, I’d say. Some we knew about, some we didn’t.

The really good news – none of these silent screenings need clash with Pordenone. That is to say, there are duplicate screenings to avoid that.

Nineteenth-century films, shot on 68mm film, beautifully restored, introduced by Bryony Dixon and accompanied by John Sweeney and his Biograph Band. Oh, and they are screening at the actual, flipping IMAX. This is going to be massive. If your mouth isn’t already watering, I don’t know what to do with you. This year’s Archive Gala should be a silent cinema experience like no other. Book now.