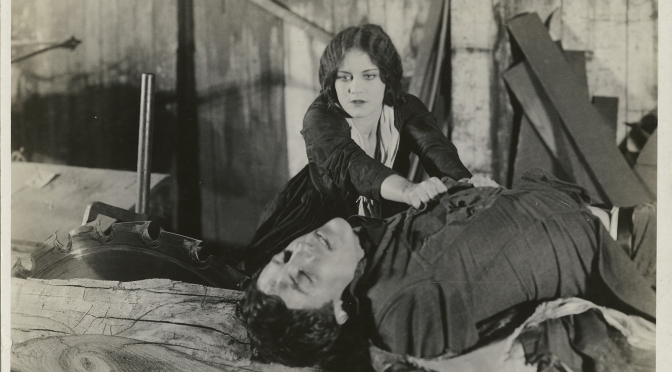 Most people come to Pordenone in October for the silent films. Many come for the networking. Others for the music. Or the gelato, or the Aperol Spritz. But when those attractions pall, they say, you can also hop on a train and go to Venice. The idea horrifies me. Sure you could see St Mark’s Square, and meet a handsome gondolier. But think of the early cinema you would miss.
Still, even if you don’t take such a hard line as I do, Friday presented an innovative solution. Why leave town at all, when Venice can come to the Teatro Verdi? In honour of 120 years of cinema in Venice, a short programme of Lumière shorts offered us a leisurely drift down the canals. Then Max Reinhardt’s Eine Venezianische Nacht (1913) offered Commedia characters and whimsical comedy, as a nerd spends the night in the floating city and becomes infatuated with an ethereal bride, although sadly the narrative did not flow as smoothly as the canals. I really enjoyed the dream sequences, especially a neat setup whereby the local characters danced around the scholar’s bed, thanks to the magic of double exposure. But in this case the music, from a Trieste ensemble, didn’t seem to help. 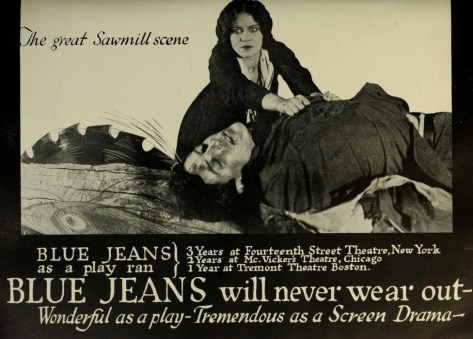 And we deserved a little light sightseeing, after an emotional day, which began with a melodramatic double-bill. First, our customary voyage to the dark side of human nature in a Who’s Guilty? short featuring Anna Q as a jealous wife. Very little mystery in this one, but there was a novelty for the audience, as the Giornate’s two masterclass students took to the piano to share accompaniment duties. Jonathan Best and Meg Morley both did the drama proud, and we are very lucky to have both of these talented musicians playing in the UK.

Then one of my most highly anticipated screenings of the festival: the well-known stage drama Blue Jeans (1917), rendered for the screen by John H Collins and starring the wondrous Viola Dana as a tomboyish orphan caught up in a complex small-town intrigue. There was a lot of plot and back story to pack into the 84-minute running time. It is really the kind of film where you might draw a diagram on your ticket stub in the café afterwards to make head or tail of the marriages and feuds etc. Disturbing to some of us also, that in the local elections, our hero stood for the Conservatives and the villain for the Liberals – but of course the baddie won that battle. Anyhoo, this one is well worth seeking out, if only for the famous climax at the saw mill when said hero narrowly escapes a haircut. Viola Dana to the rescue! And Donald Sosin’s music was just right, with a recording of Joanna Seaton singing a song inspired by the play adding another layer of nuanced dramatic Americana to the screening.

The rest of the morning was a delightful patchwork, the kind the Giornate excels in. A programme of French comic shorts directed by Emile Cohl, accompanied by Stephen Horne in suitably bonkers fashion on a plethora of instruments, included some wild animation, and surreal live-action comedy. Hugely inventive and almost impossible to describe in this space, but do take the chance to see these charming oddities when you can. Hopefully with Mr Horne and his bag of tricks.

The final slot of the morning was crowned with two curios from the William Cameron Menzies strand. An early sound film, The Wizard’s Apprentice (1930) was a trick-photographed forerunner to the more famous Walt Disney version with matchstick brooms sloshing tiny tin buckets. And the four reels remaining of The Dove (1927) were hot-blooded comedy drama, with the gorgeous duo of Norma Talmadge and Gilbert Roland offset by the leering machinations of Noah Beery as the self-aggrandising local Caballero. Before both of those, we met our friend Momotaro the peach boy from yesterday, this time on an underwater adventure to assassinate a shark. Brilliant fun.