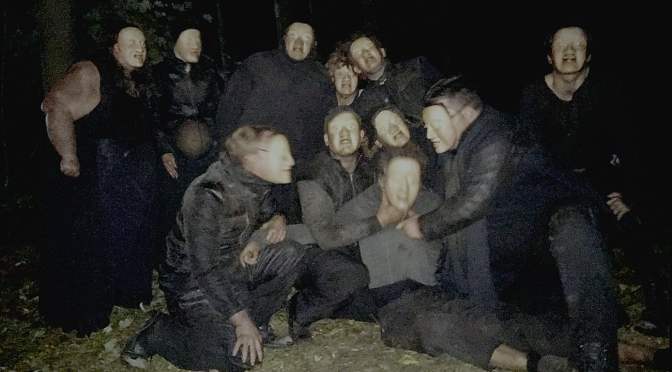 This post is humbly submitted to the Shadowplay Project Fear Blogathon. Happy Halloween!

“Fantasy abandoned by reason produces impossible monsters: united with her (reason), she (fantasy) is the mother of the arts and the origin of their marvels.”

That’s the motto attached to Francisco Goya’s etching The Sleep of Reason Produces Monsters, which is also one of the inspirations for an utterly disturbing new dialogue-free film. Jonathan Glazer’s The Fall (2019) screened on BBC2 on 10pm on Sunday, unannounced in the listings, and at a selection of cinemas across the country. It’s a scant seven minutes of unnamed horror – a mob, a victim, an escape attempt – soundtracked by an eerie score from Mica Levi.

Talking to the Guardian’s Catherine Shoard, Glazer named his other inspirations as Goya’s Disasters of War pictures, some lines by Bertolt Brecht (“In the dark times / Will there also be singing? Yes, there will also be singing / About the dark times.”) and a snapshot of Eric and Donald Trump Jr hunting big game. It’s no coincidence, surely, that Glazer is currently working on a feature-length film set in the Auschwitz concentration camp, based on Martin Amis’s The Zone of Interest. END_OF_DOCUMENT_TOKEN_TO_BE_REPLACED