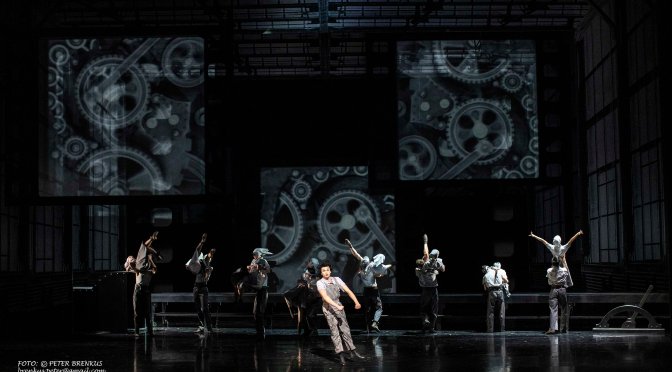 The thought of a telling a story without words never fazed Charlie Chaplin, creator of some of the most indelible silent films ever made. But can his own complex life story be related in just over two hours, in dance? I went to Bratislava to find out. Yes, really.

Tulák Chaplin (the name means “Chaplin, the Tramp” in Slovakian) is a bio-ballet for the slapstick star-director, which premiered at the Slovak National Theatre last March – that’s in beautiful Bratislava, Slovakia. It’s part of the celebrations for the 130th anniversary of Chaplin’s birth. The choreography is by the Brazilian Daniel De Andrade, whom you may know from his work with the Northern Ballet, and the score is by the estimable Carl Davis, whose work you certainly do know if you are a regular reader of this blog – he has written some of the most iconic orchestral scores for silent film, not least of which is his epic composition for Napoléon. The two collaborated once before on a commission for the same theatre – that time it was a portrait of Nijinsky, another great physical artist of the 20th century. END_OF_DOCUMENT_TOKEN_TO_BE_REPLACED