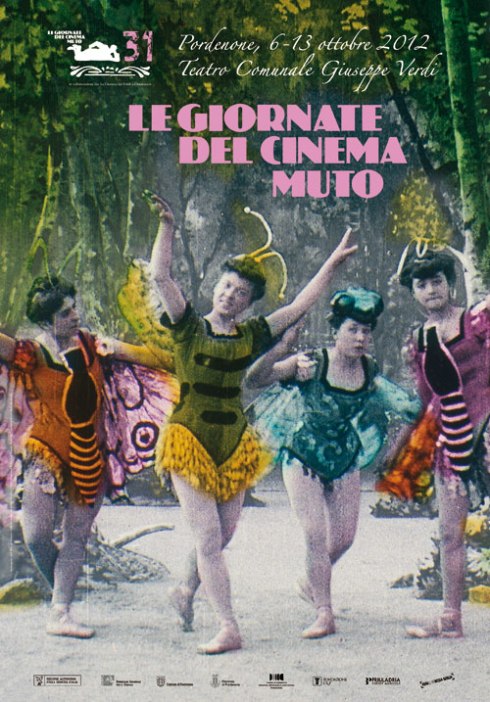 Here in Pordenone the weather is warm and the days are long, which makes the Giornate del Cinema Muto, now in its 31st year, an Indian summer of film and music.

This is your correspondent’s first trip to the grand-daddy of international silent film festivals and although I have only been in town for a few hours, I am inclined to believe the hype. This town in northern Italy has definitely been bitten by the silent cinema bug. The billboards, shop windows and even pavements are adorned with hand-tinted fairies, in eye-popping shades of cerise, blue, orange and green. The customers sipping caffe espresso in the cafes bend their heads over the 190-odd page festival catalogue, revealing the loops of pastel ribbon around their necks that hold their precious pink passes.

With eight days of silent cinema programmed, taking in everything from Louis Feuillade to GW Pabst, Laurel and Hardy to Anna Sten, starting at nine in the morning and continuing late into the night, this is a film enthusiasts’ paradise. It’s a rich diet, too, and some of the sessions will test the spectators’ endurance as much as they dazzle the eyes, but therein lies the challenge: how to see everything that you want to see, discover some unexpected gems, sleep (but not in your seat at the Teatro Verdi) and eat three squarish meals a day? It’s tricky. And if one were fool enough to try to blog from the festival too, utterly impossible.

But God loves a trier, so here goes nothing.

This is the first in a selection of posts I hope to share from my trip to the Giornate. I want to give you a flavour of the festival, and keep you up to speed with the treasures on show here. Anything more comprehensive may just be a promise I can’t keep.

My first day here was mostly spent in queues, at airports and ticket offices in London and Venice. However, I did arrive in time for a programme of early Charles Dickens adaptations, most of which were familiar to me as they may be to you, but as in the case of The Death of Poor Joe (1900/1) discovered this year in the BFI archives, some are only recent acquaintances. Thanhouser’s The Old Curiosity Shop (1911) benefits from a particularly winsome, though terribly young, Little Nell in the form of “Thanhouser Kid” Marie Eline. The same company’s boisterous, and very funny, romp through Nicholas Nickleby, made in the following year, was another highlight of the afternoon. We were also treated to four episodes from The Pickwick Papers and Biograph’s The Cricket on the Hearth (1914). Rest assured, this won’t be the last we hear from Dickens. 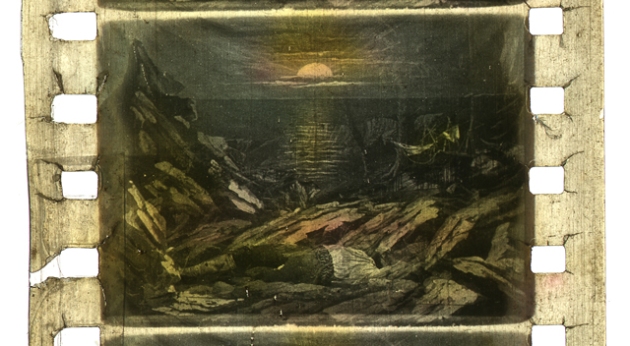 Saturday night’s opening gala was a double-bill of an old favourite and a lost-and-found treat. George Méliès is very much in vogue, and the full version of his The Adventures of Robinson Crusoe (1902) has been discovered, in all its hand-tinted splendour and restored by the Cinematheque Française. Made just a few months after The Trip to the Moon, Crusoe is, as the director and star himself said, more of a “cinematographic play” than a series of “fantastic tableaux”. Colour is used here to tell the story, rather than to dazzle, but the sets, particularly the shipwreck scene and a thunderstorm, are fantastic. The effect of seeing living actors, with their clothes and skin painted on, interacting with Méliès’ theatrical studio sets is as exhilaratingly hyper-real as anything James Cameron has thrown at us. Paul McGann delivered the director’s own commentary, which combined narrative exposition with an advertisement of the film’s strengths and special effects. Maud Nelissen’s score for a quartet added panache, pace and a smattering of sound effects

The gala centrepiece was King Vidor’s delightful The Patsy (1929) starring Marion Davies and Marie Dressler, with an orchestral score from Nelissen. The house was in fits, particularly during the famous sequence in which Davies impersonates Mae Murray, Lillian Gish and Pola Negri. An in-joke for this crowd perhaps, but it’s wonderful to see the silent stars still playing to the gallery in the 21st century.