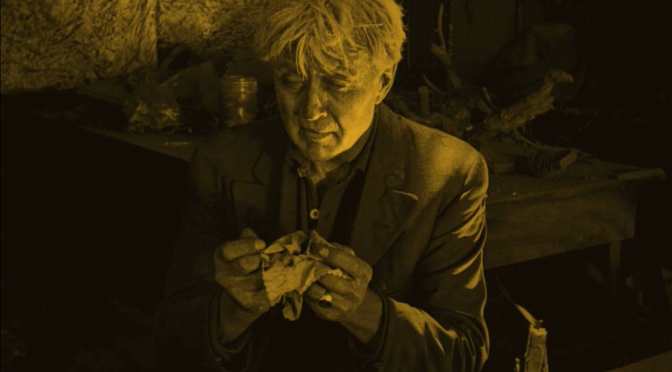 What’s that bright spot on the horizon? It’s the Second International Conference on Colour in Film, which is back in London from 27-29 March 2017. The really good news is that the conference is half a day longer than before, and to my untrained eye, that extra time is mostly made up of screenings – including a very special silent “treat” on the first night.

The 2017 Colour in Film Conference will cover the entire breadth of colour in moving images, from early (pre)cinema’s chromolithographic printing through the applied colours of tinting, toning and their Desmetcolor rendition, from chromogenic Agfacolor and Eastmancolor through the video- and film-based look of the golden age of British colour television and up to modern, current grading in the digital domain.

The screenings take place at BFI Southbank (NFT3 to be precise) on the first day of the conference, and include colour films from all eras, not just our favourite one. One highlight I can already see in the programme is a selection of hand-drawn, hand-painted “Chromolithographic Loops”. These took our breath away at Pordenone last year – you’ll love them, and I’m intrigued to hear more about them at the conference. All the clips and films are introduced by experts who can tell you more about the use of colour and how it has been restored.

The big-ticket event is in the evening of the first day, when Neil Brand accompanies a screening of Behind the Door (1919), which will be introduced by Rob Byrne of the San Francisco Silent Film Festival. I’ve mentioned this film before: a rape-revenge drama featuring a taxidermist, the first world war and some pretty savage xenophobia. It’s not explicitly gory, but it’s quite a shocker, so hold on to your hats.

The following two days of the conference is made up of papers – with an awesome lineup of experts, restorers and archivists taking you deep into the detail of colour-film science and history. These will be held at Friends House on Euston Road – and you can see the full list of speakers and papers here. The second day at Friends House is devoted to Sarah Street’s project workshop on the Eastmancolor revolution.

There are an array of ticket prices for the conference, depending on how many days you attend and whether you are a student or a member of the Colour Group or not. All the details are here. Bear in mind that if you want to see Behind the Door that’s extra, even if you have a ticket for the screening day.

One thought on “The future’s bright: Colour in Film 2017”