When I saw Dovzhenko’s Arsenal at the British Silent Film Festival in Leicester in 2015 I was blown away. Yes, it’s a great film, but I had seen it once or twice before. However, the score performed that evening by Bronnt Industries Kapital, AKA Guy Bartell, knocked my socks off. If I’m strictly honest, it made me appreciate the film itself, which had previously left me a little cold, far more. You may have heard the band’s excellent score for Turksib – this one is even better.

I said, “Bartell’s score is expertly judged – an echo chamber of horror for the film to resonate inside. I urge you to catch the film with this score whenever you can.” And I wasn’t the only viewer impressed. None other than John Sweeney, who knows whereof he speaks, said: “An extraordinary soundtrack for an extraordinary movie, Guy Bartell’s sound score for Arsenal plugs the viewer directly into the nervous system of this shattering film.” 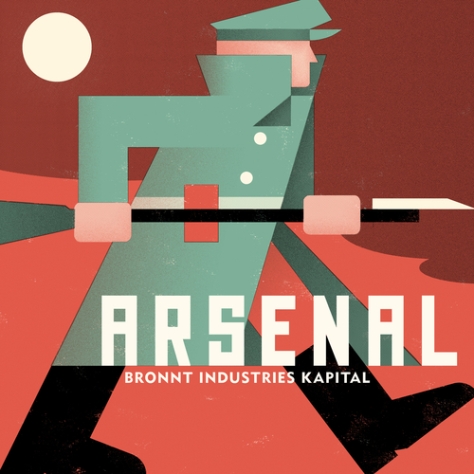 So I am very chuffed to share with you the news that Bronnt is releasing this new score for Arsenal on CD, (green) vinyl and digital formats on 12 January 2018 via I Own You records. The score was commissioned by the Oleksandr Dovzhenko National Centre with the British Council to accompany the ODNC’s recently restored print. Which means …Yes, Bronnt is taking the music and the film on a little tour. Remember what I told you – catch it if you can.

Additional dates to be announced soon.