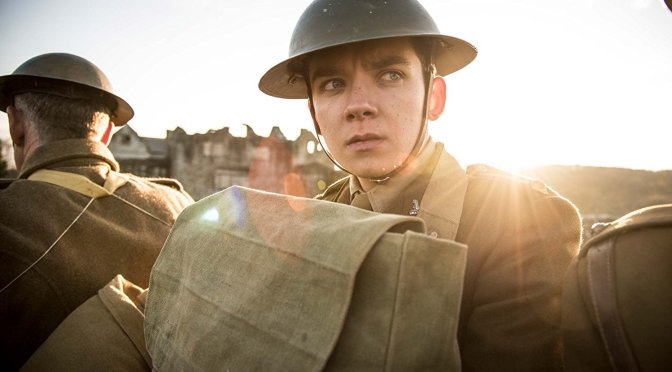 A century after the 1918 Spring Offensive, one of the best-loved First World War stories returns to the cinema. Director Saul Dibb has made a new film of RC Sherriff’s intense, claustrophobic play Journey’s End, and it’s a terrific movie, capped by a blistering performance by Sam Claflin as the disintegrating Captain Stanhope.

The story takes place during a week in which one battalion is posted at the frontline, just 60 yards from the enemy trenches. The story unfolds among the officers – especially paternal Osborne (Paul Bettany), green Raleigh (Asa Butterfield) and volatile Stanhope. While the soldiers must sit and wait for an expected, and horribly imminent, German attack, the higher-ups insists on a daylight raid into enemy territory.

Neccesarily, the play is almost all talk, and although it was written in 1928 it was not adapted for the screen in the silent era. James Whale’s 1930 epic talkie adaptation is was a big success, though, and the play remains popular, performed regularly in professional and amateur productions. There was even a German film, starring Conrad Veidt and directed by Heinz Paul in 1932, which was banned by the Nazis.

The new Journey’s End doesn’t immediately seem to have any connections to the silent era, but when I saw it at a preview screening recently I thought otherwise. This powerful film is well worth watching for its own sake, but it also has some interesting resonances with silent cinema that I found fascinating.

Dibb pointed out at a Q&A after the screening that Simon Reade’s wasn’t solely based on the play, but mostly on the later novelisation by Sherriff and Vernon Bartlett. This goes a long way to explain why the film is so effectively opened-out from the dugout contains the action in the stage version. Dibb further said that, although many of the cast were very familiar with the original, he hadn’t watched Whale’s film or read the play. In fact during his research, he chose not to watch any fictionalised accounts of the First World War at all. No Paths of Glory or Shoulder Arms. What he watched instead, and it shows, was archive footage of the war itself.

He described this as “home movies” in the Q&A, but I suspect he meant footage such as that shot by Geoffrey Malins for The Battle of the Somme and The Battle of the Ancre and Advance of the Tanks, both now restored and available on disc from the Imperial War Museum. The impact of archive imagery in the film is felt, I think, in the authentically cramped and muddy trenches, but also in some of the earlier scenes, which soldiers marching to the front – those apparently peaceful, cheerful moments in the documentary films that are nevertheless tinged with fear, and apprehension. When we watch the Malins films we know a little of what is in store for those smiling young men. The same goes here, not just because of our historical hindsight, or prior knowledge of the play, but because the film lets us know, right from the off, that an attack is due, any day now.

It’s impossible to say that the film really has the “look” of the archive footage: the compositions of those marching shots is familiar, but of course Dibb was shooting in widescreen, with digital, lightweight cameras. That said, when he revealed that the film had been shot, as much as possible, in natural light (and with the interiors shot by candlelight) the connection with the Malins footage deepened for me.

And if (as many of you will have done over the past three to four years), you have been watching lots of silent era films about the First World War, there is lots here that will spark memories. First, the scenario is very similar to the taut early talkie Suspense (1930), which showed at the British Silent Film Festival last year. In fact, Suspense was an early working title for Sherriff’s play. Further to that, as Jo Pugh wrote on this very site, Sherriff was at the front with one Walter Summers, a fellow officer who also took part in the difficult raid that inspired Journey’s End. Sherriff channeled those memories into his play; Summers into a series of nailbiting war films in the silent and early sound era, including Suspense.

And while the colour palette of the film mostly ranges all the way from khaki to mud, there is one scene, set far from the front, that uses refreshingly pastel tones. This was the shot, more than any other that reminded me of a silent film, a specific silent film in fact. Compare these two images, one from Journey’s End, one from pacifist film Damn the War! (1914), the new restoration of which screened at the London Film Festival in 2014. 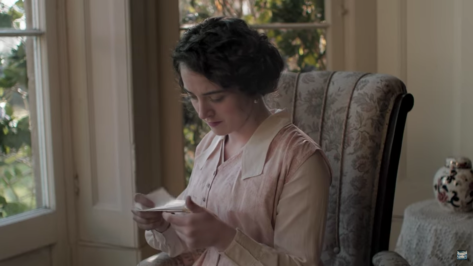 Dibb’s sensitive incorporation of, or tribute to, traces of archive imagery is intriguing and very satisfying. Not least in light of the news that Peter Jackson is to take some of that footage and transform it into a modern feature drama-documentary, with the addition of audio from veterans of the conflict, colourisation and 3D. We’ll glide past his comment that the footage is “grainy, flickery, sped-up” – the Imperial War Museum has restored these films so well that they look almost uncannily fresh. Jackson’s project is intended to educate schoolchildren about the First World War, and no doubt it will be a very striking audiovisual collage. I don’t think the original images are that off-putting, myself, though so I am not sure I see the need for this makeover – and quite rightly many archivists are horrified by the idea, as Luke McKernan explains in this useful post (“To me, it is contrary to everything that film archiving is about”). However the new film turns out, anyway, the old footage will still be available to view in its original, and sympathetically restored, form.

Dibb’s film, though, which is an entirely new beast, but with its feet planted in the archive visuals, in the contemporary view of the war, is every bit as immediate as you could wish for. Jackson may do well to remember Sherriff’s play has long been a favourite in schools too. The jury is out on Jackson’s extravaganza, of course, until we set our eyes and ears on it. However, if his plan is to update old images while simultaneously honouring their heritage, Dibb may just have shown him how it’s done.

7 thoughts on “Journey’s End: a vintage view of WWI”