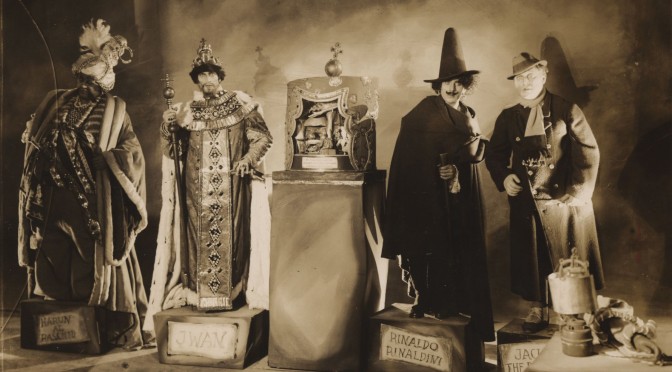 If I were in a Pollyanna frame of mind, I could argue that it was my good fortune to be in cloudy England and not sunny Italy when contemplating spending the bank holiday weekend indoors. I promise you I did some bank holiday-ish things in between films, but I wasn’t going to miss out on virtual Il Cinema Ritrovato. There are a few things more important than movies, but not many.

It was a fine weekend at the sofa-festival. For one thing, on Friday night we announced the winners of the DVD awards, after meeting to discuss the candidates on Zoom earlier in the week (rather than over lunch in Bologna as is customary, but roll on next year).

And then there were the movies. A film such as the recently found and restored Chess of the Wind (Mohammad Reza Aslani, 1976) from Iran really exemplifies all that ‘s so great about this festival, and indeed Cineteca di Bologna and The Film Foundation too. And there was a killer silent feature too, my most anticipated film of the virtual festival: Paul Leni’s Waxworks (1924), brilliantly restored from the BFI’s nitrate print.

The perfect starting point is that lost-and-found masterpiece, the wonderful Chess of the Wind, which was screened in public just once on its original release and thought to be lost following the 1979 revolution. It’s a cruel and beautiful film, about the residents of a grand house clawing at each other in overt and covert ways after the death of a matriarch. Stunning to look at, with a blood-red palette and shadowy interiors photographed by Houshang Baharlou, and enhanced by a phenomenal score from Sheyda Gharachedaghi. I caught my breath more than once, at the painterly composition as much as as the wicked plot twists. This feels like a new classic, to be filed alongside The Leopard and Barry Lyndon, with touches of The Remains of the Day and Diabolique. And the final shot, which is apparently the one that riled the authorities, is such a perfect coda, a moment’s breath and a revelation all in one.

I followed that vision with some more vintage beauty – early actuality shorts of impossible loveliness: a cruise along the Thames from Oxford to Windsor in 1914, in lush, verdant colour; a giant polenta-cake cookout in Italy in 1910; and a spectacular selection of Dutch millinery captured in searing primary colours in 1910.

The Dutch caps were wonderful, but I generall prefer Dutch angles and my favourite silent of the festival so far is definitely Paul Leni’s Waxworks, a truly and unabashedly Expressionist film. This portmanteau horror links together gruesome stories via a slender plot: a poet is hired as a writer in residence at a waxworks museum, to concoct stories about the ghoulish characters on display: Emil Jannings as a despotic Caliph in Baghdad, Conrad Veidt as Ivan the Terrible, and Werner Krauss as Jack the Ripper.

All three stories have their strengths (those formidable leading men for one thing). The first two ladle on the exoticism a bit thick, naturally (think Fritz Lang’s Destiny) but rise above as much as possible. It’s the third, more abstract segment that really captivated me though: more a nightmare than a narrative, as Jack trails our hero through an eerie, unpredictable urban hellscape. Apparently the BFI print, though the best available (and looking amazing here), is still 25 minutes short. I am not sure I have the nerve to watch the rest.

Jannings returned in an early sound film, and impressive restoration Liebling de Götter (Hanns Schwarz, 1930) as a philandering tenor who gets a wake-up call of sorts when his voice gives out on stage during a South American tour. I tried to like this, but I couldn’t find my way in, sadly. Jannings is grand enough, and the supporting case of young women he strings along engaging enough, but his plight did not move me. Although it was, something, to see him dressed up as Othello again (he played the part for Dimitri Buchowetzki in 1922). I spent half the time wondering whether the plot was a metaphor for impotence or Aryanism – no doubt I’m wrong on both counts, but that’s how my mind wandered.

The perfect palate cleanser came in the form of two shorts by director Sarah Maldoror, who died earlier this year. The punchy Monangambée (1969) was her debut: a grisly kind of comedy, in which the occupying Portuguese authorities’ ignorance of Angolan culture puts a man’s life at risk. I found that a marvel, but I was especially taken by her eponymous documentary portrait of poet Leon G. Damas from 1994: a beautiful introduction to the man’s work, culture, friendships and also to his infuriating absence from the school syllabus in his home country of French Guiana.

My Sunday night sundowner was a joyful, if rather tense experience (and is it illegal to say that my partner joined me for this screening and enjoyed it too?). I do not have the temperament for gambling in any shape or form, but I loved Robert Altman’s freshly restored California Split from 1974. Elliott Gould and George Segal play betting buddies in the loose and verbose comedy drama with a gut-punch of an emotional climax. As someone who sees only risks and not rewards in betting big, I found the climactic sequence unbearably tense and the emotional payoff perfectly tuned. Others, though who enjoy the thrill of high stakes, may have had a different, more cathartic experience – who can say?

The point is that you can rarely go wrong with an Altman movie and the joy of this especially relaxed number is in the meandering banter and prickly friendship between Gould and Segal. It’s kind of like Once Upon a Time… in Hollywood that way – these ne’er-do-wells are so oddly charming, that you’d follow them anywhere, even to Reno, or the next Blackjack table.

• Find out who won the DVD Awards here.

• The best news: José Arroyo and Richard Layne are podcasting from the festival daily – here.

• For real-time reports and reviews from someone who is actually in Bologna for the festival, follow friend of the site Philip Concannon on Instagram.

• Visit the website of Il Cinema Ritrovato for more information.