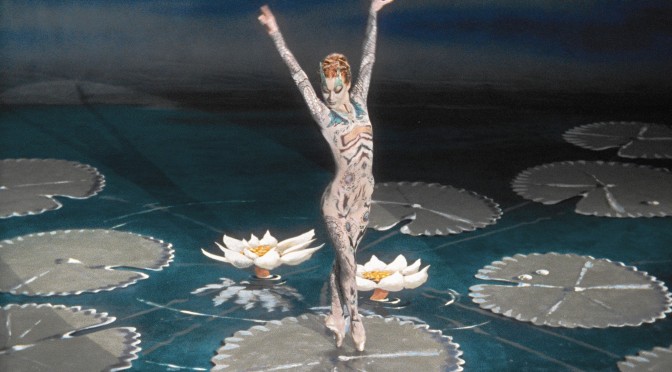 This is a guest post for Silent London by Amran Vance, who runs the London Silent Film Meetup group and is part of the team behind the wonderful Kennington Bioscope.

When I wrote about the inaugural Nitrate Picture Show at the George Eastman Museum, Rochester, New York, last year I ended with the slightly pessimistic hope that we would get to see a silent film on nitrate next time around. My fear was that shrinkage issues with such old prints might prevent that from happening. I am delighted to report that my cynicism was misplaced as this year’s festival ended on a sensational high, an American silent film from 1928! But more about that later.

As with last year, the festival organisers kept the 2016 programme under wraps until the morning of the first day of the festival. I know this approach is controversial. Potential attendees have complained to me that they are reluctant to incur the not inconsiderable expense in traveling to upstate New York when they have no idea what films will be screened. I have a lot of sympathy with that view but there is something undeniably exciting about opening the brochure on the first day and seeing what treats lie ahead of us. There is also merit in the organisers’ position that it is the physical condition and pictorial beauty of the prints that governs their selection, with the quality and reputation of the works coming next. Personally, I favour a middle ground, perhaps naming three or four films in advance and keeping the rest secret.

I suspect that few, if any,who made the journey to Rochester were disappointed with the films presented to us. I was initially sorry to see that no silents were listed but was keeping my fingers crossed that the final screening of the festival, our Blind Date with Nitrate, might possibly fulfill that wish. And so it did.

These were followed by one of the highlights of the festival and a film I had not seen before, Enamorada (1946) a tempestuous romantic drama set against the background of the Mexican revolution. Featuring the masterful framing of the legendary cinematographer, Gabriel Figueroa, the film looked gorgeous, especially the exterior shots of the Mexican town in which the story is set. María Félix, probably Mexico’s most famous actress, was beguiling as the feisty female lead and Figueroa makes masterful use of light and shade, given added depth and texture by the nitrate print.

Our final film on the first day was the classic noir, Laura, which we were told was a pre-release version that included footage that was cut for its theatrical distribution. Nobody I spoke to could spot the additional material, however, and although the print was good there were only moments when the benefit of nitrate showed through.

END_OF_DOCUMENT_TOKEN_TO_BE_REPLACED

This is a guest post for Silent London by Amran Vance, who runs the London Silent Film Meetup group and is part of the team behind the wonderful Kennington Bioscope.

Its allure drew film curators, historians and cinephiles from around the world to the George Eastman House in Rochester, New York, last weekend, for the inaugural Nitrate Picture Show.

Nitrate, as a film base, was first developed in Rochester, by Eastman Kodak in 1889. It is a high-quality, but highly flammable, film stock which produces its own oxygen supply as it burns. A single spark from a torn frame during projection can set off a raging fire. Audience deaths from projection booth fires were not uncommon during the first few decades of cinema and nitrate’s ability to self-combust has caused several studio vault fires, including the tragic 1937 fire in which almost all of the Fox Film Corporation’s silent film holdings were lost.

Nitrate was discontinued in 1951 and strict regulations now govern its storage,transportation and projection. Only a few venues in the world are equipped to project it, including our venue, the Dryden Theatre.