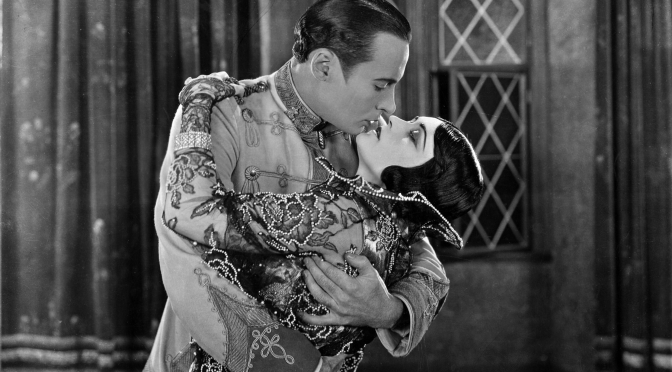 I probably should have mentioned this before, but the 37th Giornate del Cinema Muto is officially the best yet ever, no returns. Why? Because Pola Negri is this year’s poster girl.  Artistic Director Jay Weissberg knows the truth – she’s the greatest. So tonight, we were all (the wise among us) enthralled and delighted to see La Negri on the big screen, in a freshly restored print of Ernst Lubitsch’s Forbidden Paradise. In this 1924 Paramount film, Negri plays Catherine the Great and everyone else acts awestruck. Rightly so.

The morning began with one of this blog’s other favourite silent stars: Large Handsome, AKA Lars Hanson. In the frothy pastoral comedy A Dangerous Wooing, he scales a mountain to win his sweetheart, sharply described in the catalogue as a model of “passive female sexuality”, wanly waiting for Lars to reach her. Well, she does put out a hand to help pull him to the top in the end I suppose. This was a thing of gossamer really, four acts of light comedy and magnificent scenery. But Hanson adds heft and I couldn’t think of a more joyful morning movie.