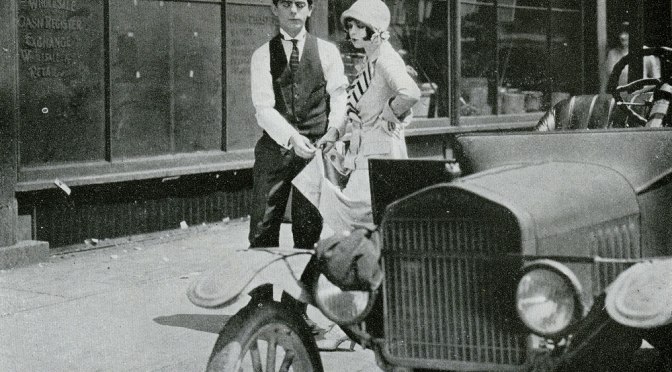 Some news from our good friends at the Slapstick Festival this morning. As you know, this annual showcase of physical comedy is a guaranteed good time, and it usually takes place in January, in venues across the city of Bristol.

Well, nothing is going to plan right now and Bristol is currently in the highest tier of Covid-19 restrictions. That means that there will be no IRL event this year, but there is good news, not unrelated to the £11,000 raised by the festival’s crowdfunding campaign during lockdown. Slapstick is shifting to March, and pivoting to online.

Which means, of course, that our international friends will be able to join in the Slapstick fun next year! Here’s my report from last year’s event.

Slapstick supremo, Festival Director Chris Daniels went on Facebook Live this morning to discuss the plans for the 2021. The festival will include silent and classic comedy and there will be more than 20 events and plenty of live music, courtesy friends of the festival Gunter Buchwald, Frank Bockius, John Sweeney and Daan van den Hurk, plus a new transatlantic contributor (see below). You might have expected me to ask him what films he would be showing in March! You would have been right. And Daniels had lots of exciting news.

First, he promised us a feast of Clara Bow: a screening of Kid Boots at the festival with a discussion on her and her career by Lucy Porter and Jessica Martin, and a live event for It later in the year.

Ben Model will be introducing and playing for Douglas MacLean in Bell Boy 13 too. There will be a programme devoted to Harold Lloyd, with short films and a feature talkie and we will be joined by Suzanne Lloyd, the star’s granddaughter, too.

“One of the benefits of being online is that we can speak to people and have people as guests that we wouldn’t otherwise have been able to involve,” said Daniels.

Daniels also promised us an event with Dr Harriet Fields discussing her grandfather W.C. Fields as well as a screening of 1927’s Running Wild. Also, a Mabel Normand comedy, Two Floors Below, and what he mysteriously referred to only as a British silent film from 1920s … Not the one you’re thinking of, I bet.

In January, as a teaser, and a reminder of Slapstick’s rightful place in the calendar, David Robinson will also present a programme of silent Italian comedy online.

“The UK-based Slapstick festival of silent, classic and visual screen comedy is responding to Covid-19 uncertainties by picking a new slot and fresh format for its 17th annual edition.  Instead of running in Bristol venues in January, Slapstick 2021 will take place from March 1 to 7, offering a live streaming programme which can be accessed as it happens, re-watched later or caught on catch-up from anywhere in the world and featuring more international guests than ever before, among them direct descendants of two of the 20th century’s best known comedy film stars.“

Passes for the full 20+ event programme are on sale now at the Eventive website priced at £39 or £20 for under 24s. Tickets for individual events will be on sale from early January.

Look out for more news on the Slapstick festival website and social media – and in March I may see you once again across a crowded Zoom (Other video-call platforms are available).