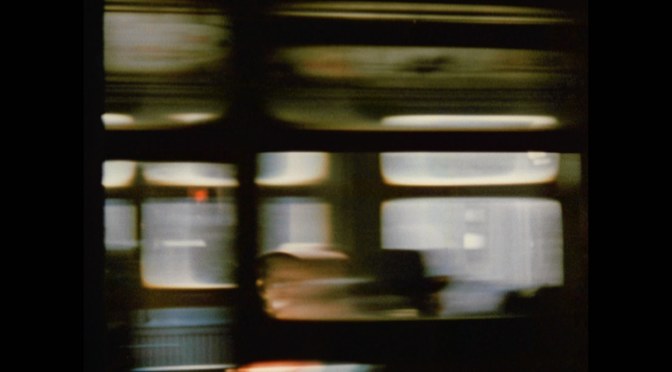 Are you making New Year’s resolutions this year? I am a big fan of them – I made one last year, and although it wasn’t easy I definitely followed through on it (BTW did I mention that I am freelance now? Commission me!). The best are those that combine self-improvement with a little pleasure and entertainment (in fond remembrance of the Great Theatre Binge of Early 2012). Here’s one for you – how about you go to see more silent movies in 2017?

Reckon you already clock up quite a few silent screenings? Hmmm. How about something a little different?

For example, there’s a silent film screening with a twist at the ICA in January. You should come along! The event is part of the London Short Film Festival and takes place on 10 January. The screening takes its title from a Victor Hugo quote, “What matters deafness of the ear when the mind hears?”, and will explore the relationship between silent cinema and hearing impairment. To that end, all the films screened will play without musical accompaniment, and the programme is “designed to be accessible to people with hearing impairments as well as hearing audiences, creating a shared and uniquely immersive experience of silent film”.

END_OF_DOCUMENT_TOKEN_TO_BE_REPLACED

Are you a silent film fan? Do you live in London? Are you a little bit eccentric?  If you answered yes to all three of those questions you probably want to know about this interactive art performance taking place at the ICA next Saturday:

In flash-mob-performance-art-meets-iconic-cinematic-history, the Odessa Steps scene from Battleship Potemkin will be re-created on the Duke of York steps, adjacent to the ICA, in three separate performances of 60 people. It might be slightly irreverent, it might end up nothing like Eisenstein’s visionary comment on the social and political state of Russia, but it will be a lot of fun, and a chance to pay tribute to one of the greatest moments in early 20th century cinema. Members of the public can book a slot to play a role in the reconstruction and filming of the scene. Each slot will be fast-paced and full of improvisation, complete with costumes and props. An eclectic mix of artists and personalities from the art world including Norman Rosenthal, Johnny Woo, Andrew Logan, Sue Tilley and Christopher Biggins will be taking on the major roles.

Christopher Biggins? That’s what it says here. Anyway, finally, you will have the chance to experience the thrill that Brain de Palma and Kevin Costner felt when filming The Untouchables. The re-enactments will be recorded for posterity too. Artists Jane and Louise Wilson will record the performances using the 8mm apps on their iPhones, and the resulting footage will be posted online.

Tickets for one of the sessions cost just £5. I’m assuming, and hoping, that this will all be totally safe and no babies (or adults) are liable to get hurt during proceedings. Still, you might prefer to play a cossack than a peasant, if you’re worried.

Re-enacting Eisenstein takes place on the afternoon of 26 November 2011. To book, and for more information, visit the ICA website.

Christmas is coming and we all deserve a little treat, so it’s worth knowing that on two afternoons next week, the ICA is showing the new restored Metropolis. At 145 minutes long, that’s a deliciously long respite from the Christmas shopping, and the ICA is only two stops down the Bakerloo line from Oxford Circus. Can you afford not to?

Metropolis screens at the ICA on 22 and 23 December at 3.30pm. Tickets are £9 or £8 for concessions, and are available online here.