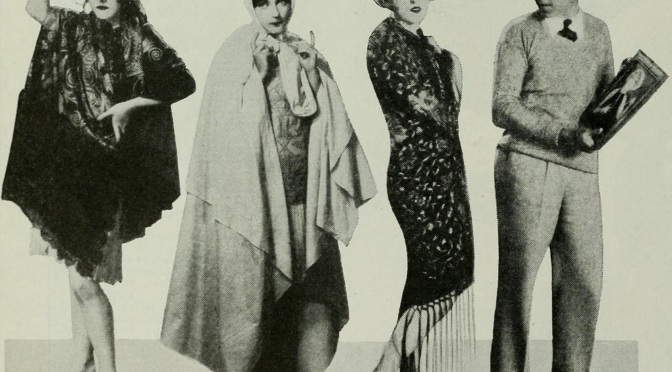 Thank you to the Hippodrome Silent Film Festival for another great week/end of music and movies in a very warm and sunny Bo’ness. I was there from Wednesday to Saturday and here’s my podcast report from the event, now in its seventh year.

From Nell Shipman’s The Grub Stake and Lorenza Mazzetti’s Together to Marion Davies and Marie Dressler in The Patsy, Ruan Lingyu in The Goddess and Aleksandra Khoklova in By the Law there was a special emphasis on the women of silent cinema at this year’s festival. But the programme as a whole was far too diverse to summarise here. I hope you enjoy hearing all about it – especially if you were lucky enough to be here.

Big thanks to the Hippodrome cinema and to the festival, but also to the lovely people of Bo’ness, the Richmond Park Hotel, the Corbie Inn and my absolute favourite, the Ivy Tea Room.

The Silent London Podcast is available on iTunes. Go there for more details and to subscribe – if you like what you hear, please leave a rating or review too. The intro music is by kind permission of Neil Brand, and the podcast is presented in association with SOAS radio. The other music you can hear on this podcast was written and performed by Maud Nelissen and the Sprockets for the Hippodrome Festival.

Thwack! Did you hear that? It’s the sound of the latest Hippfest programme landing on the digital doormat. I’m a big fan of Hippfest, a welcoming event, with an ambitious, highly entertaining, lineup of screenings and a frankly beautiful venue. If I could, I’d turn the Scottish thermostat up a couple of notches next month, because this southern softie will be back in Bo’ness for the festival, which runs from 22-26 March 2017, and takes place mostly in the town’s gorgeous vintage cinema, the Hippodrome.

As the schedule is announced today, that means the tickets are on sale already, and if something here catches your eye, book as soon as you can – Hippfest screenings can, and very often do, sell out. 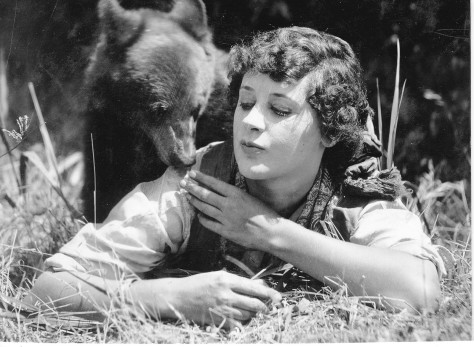 So what’s on offer this year? The first day is devoted to female film pioneers, a subject close to my own heart: with a talk from film expert Ellen Cheshire, and an evening screening of Nell Shipman’s The Grub Stake (1923), with a brand new score from Jane Gardner and an introduction by yours truly. Read more about the amazing Nell Shipman here.

Thursday afternoon brings a Chinese double-bill – a lecture on the women of Chinese silent cinema by Professor Paul Pickowicz, and a screening of the BFI’s revelatory archive compilation Around China with a Movie Camera, introduced by composer Ruth Chan. On that subject, watch out for the Saturday afternoon screening of an unmissable Chinese silent, The Goddess (1934) starring Ruan Lingyu as a mother in a terrible predicament, with music by John Sweeney.

END_OF_DOCUMENT_TOKEN_TO_BE_REPLACED 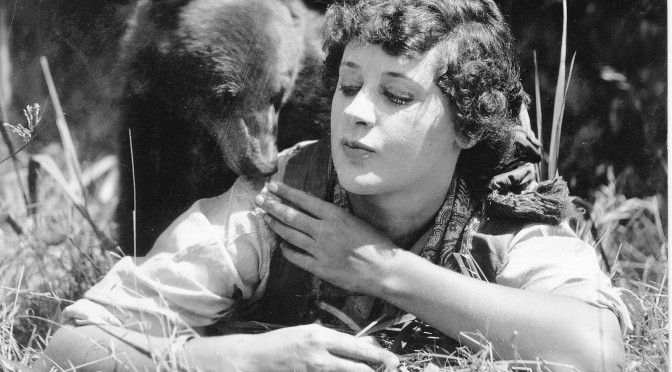 Nell Shipman, silent-era actress, writer, producer and director, gives new meaning to the phrase “film pioneer”. A truly adventurous soul, at the height of her career she starred in a series of outdoorsy action films featuring a menagerie of animals and seriously risky stuntwork – when she nearly drowned shooting a scene in a river, it didn’t occur to her to complain: instead she said, “I should have paid Vitagraph for the adventure.” Furthermore, she worked completely outside the system, running her own production company and filming her “little dramas in big places” deep in the hills of Idaho, more than 1,000 miles north of Los Angeles.

But isolation from Hollywood has contributed to a neglect of her legacy. Along with many of her contemporary female film-makers, she was missing from the first histories of the film industry, and remains little-known. A new documentary directed by Karen Day, The Girl from God’s Country, intends to rectify that. The film tells the story of Shipman, but also broadens the scope to examine how her peers’ histories have also been erased and the impact of that on the modern industry and on generations of female filmgoers.

Canadian-born Shipman was a thrillseeker through and through, who “refused to be a lady” and ditched school early to go into rep, becoming what she called a “vagabond actress”. She wrote her first novel soon after marriage and the birth of her first child, then moved into screenwriting. When the star of a film failed to turn up to the set one day, Shipman stepped in and started her career as a screen actress. Her breakthrough role was in Vitagraph’s God’s Country and the Woman (1916), an adaptation of a novel by James Oliver Curwood, bestselling author of American wilderness adventures, and the first in a series of God’s Country films.

END_OF_DOCUMENT_TOKEN_TO_BE_REPLACED 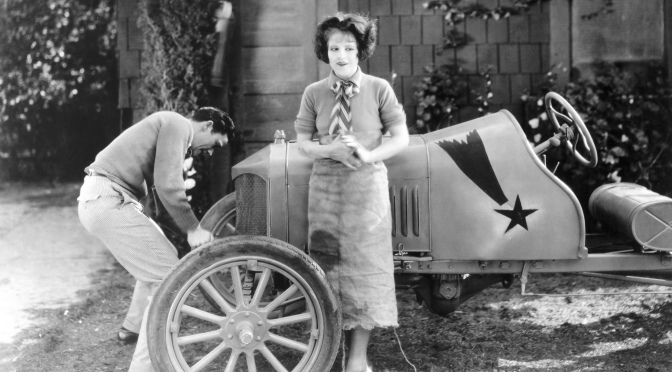 London’s great, it really is, but sometimes a blogger has to seek wider horizons. So this year I will be packing up my laptop and getting my soy cappuccino to go. I’m hitting the road to report on the silent film festival circuit – more of which anon – and I may possibly be popping up in a cinema near you.

First, an exciting announcement! The British Silent Film Festival is back this year. We have dates and a venue confirmed – 14-17 September 2017, at the Phoenix in Leicester – but no more news yet. Barring flood or fire, I’ll be there, and I recommend that you attend also.

Before that, however, I’ll be introducing two fantastic silent films by female directors at venues that couldn’t be much further from Leicester, and each other.